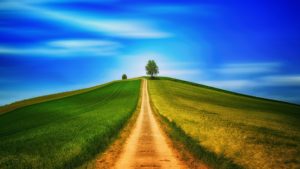 The Best Blowdryers to Invest In, According to the Pros

To air-dry or blow-dry? It’s the question on practically everyone’s minds these days as laissez-faire hair maintains its stronghold. But while there are plenty of reasons to forgo products and styling altogether, most wintery days can be won with a polished, pulled-together look that offers additional don’t-leave-the-house-with-wet-hair insurance against cold and flu season. With hundreds […]

fter many months out of the political spotlight, Barack Obama has recently made a series of high-profile speeches. His first was a eulogy delivered at John McCain’s funeralin Washington D.C. The former president had been handpicked by Senator McCain to speak at the funeral—along with the 42nd president, George W. Bush—and used it as an […]

Special counsel Robert Mueller’s prosecutors have told defense lawyers in recent weeks that they are “tying up loose ends” in their investigation, providing the clearest clues yet that the long-running probe into Russia’s interference in the 2016 election may be coming to its climax, potentially in the next few weeks, according to multiple sources close […]