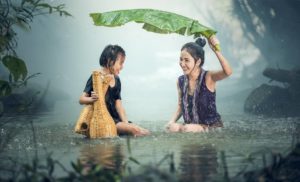 The Best Mascaras of All Time, According to 6 Celebrity Makeup Artists

Consider the following scenario: There’s less than a minute until the Uber (that’s already late) arrives. After snipping off the Net-a-Porter tags, throwing on that new Proenza Schouler midi and scraping hair back into a sleek, low ponytail, you’re faced with a split 25-second decision: Apply lipstick, blush, or a coat of black mascara? A […]

“The fashion instinct for red: It’s special . . . it’s a matter of temperament, looks, or both . . . ,” noted Vogue in 1963. A celebratory, look-at-me color, red was historically associated with passion, privilege, and power. Louis XIV, for example, famously wore scarlet heels and enacted sumptuary laws preventing those not in […]

The Portuguese has failed to add a sixth Golden Ball to his collection in 2018, with former Real Madrid team-mate Luka Modric taking the prize Cristiano Ronaldo’s sister, Elma, has reacted angrily to her brother’s Ballon d’Or snub, with “the mafia” blamed for the Juventus star being overlooked in a bizarre rant. The Portuguese had […]